The Singapore Teachers’ Co-operative Society Ltd provides a range of financial products and services
namely savings, loans and financial consultation to its members.

To establish a strong local and international network; to provide our members with excellent financial products at competitive rates and good investment returns; and to be engaged in social services

OBJECTS OF THE SOCIETY:

The Society was officially registered on 20th May 1932 as “The Singapore English School Teachers’ Co-operative Thrift and Loan Society Ltd” with 6 members. By the end of the year it increased to 123. Its address was the Office of the then Inspector of Schools. Venues of Committee of Management meetings moved from place to place.

When war broke out the number of members was 213.

During the Japanese occupation the Society was at a “standstill”. All the books and records were securely kept by the Hon. Treasurer, Mr Lim Choo Sye at his residence at Mandalay Road.  After the war, the Society rented the front portion of a member’s residence at 168 Neil Road at its office.

Kerbau Road was under the URA acquisition. The Committee of Management purchased two office units at Golden Mile Complex at Beach Road at a cost of $311,000.00.

The Society operated its businesses from Golden Mile Complex at Beach Road.

The Society set up a Childcare Centre at Hougang Avenue 2 as a Community project.

Childcare Centre catering to children from playgroup up to kindergarten level started operation.

The Society was re-named as “The Singapore Teachers’ Co-operative Society Ltd”. The Society also owned one unit at Tanjung Samudera Condominium Beach Resort in Malacca.

Society’s By-Laws was revised and registered on 9 Jul to comply to the new Prudential Requirements.

Childcare Centre at Hougang was sold to a third party childcare operation with effect from 31 May 2017.

The Tanjung Samudera Condominium Beach Resort in Malacca was sold in May 2018.

Today, the Society has about 4,300 members. The Society owns 1 unit at Golden Mile Complex and 2 units at Guthrie Building.

Singapore Teachers’ International  Holdings Pte Ltd (STIH) is a holding company of Teachers’ Co-op which was incorporated on 10 June 2004. The company was formed as a vehicle used for investments in other businesses related to the Co-operative.

The objectives of investing in other related businesses and the use of the holding company are:

Interests are declared twice a year depending on the Society’s financial performance. Interests are credited into the same account on 30th June and 31st December each year. 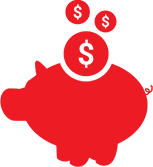 Bonus Savings (BS) is a “Save-As-You-Earn” account. This product gives the best returns. Members are committed to contribute 24 monthly payments. Minimum contribution is $20 per month subject to a maximum sum of $500.

Term Deposit (TD) is a fixed deposit account for 1 year. Rate is generally higher than bank rate. Minimum fresh fund deposit is $500 subject to a maximum of $50,000*. The society may accept internal fund transfer from member’s General Savings or Bonus Savings accounts.

See How Much You Can Earn While Saving With Us!